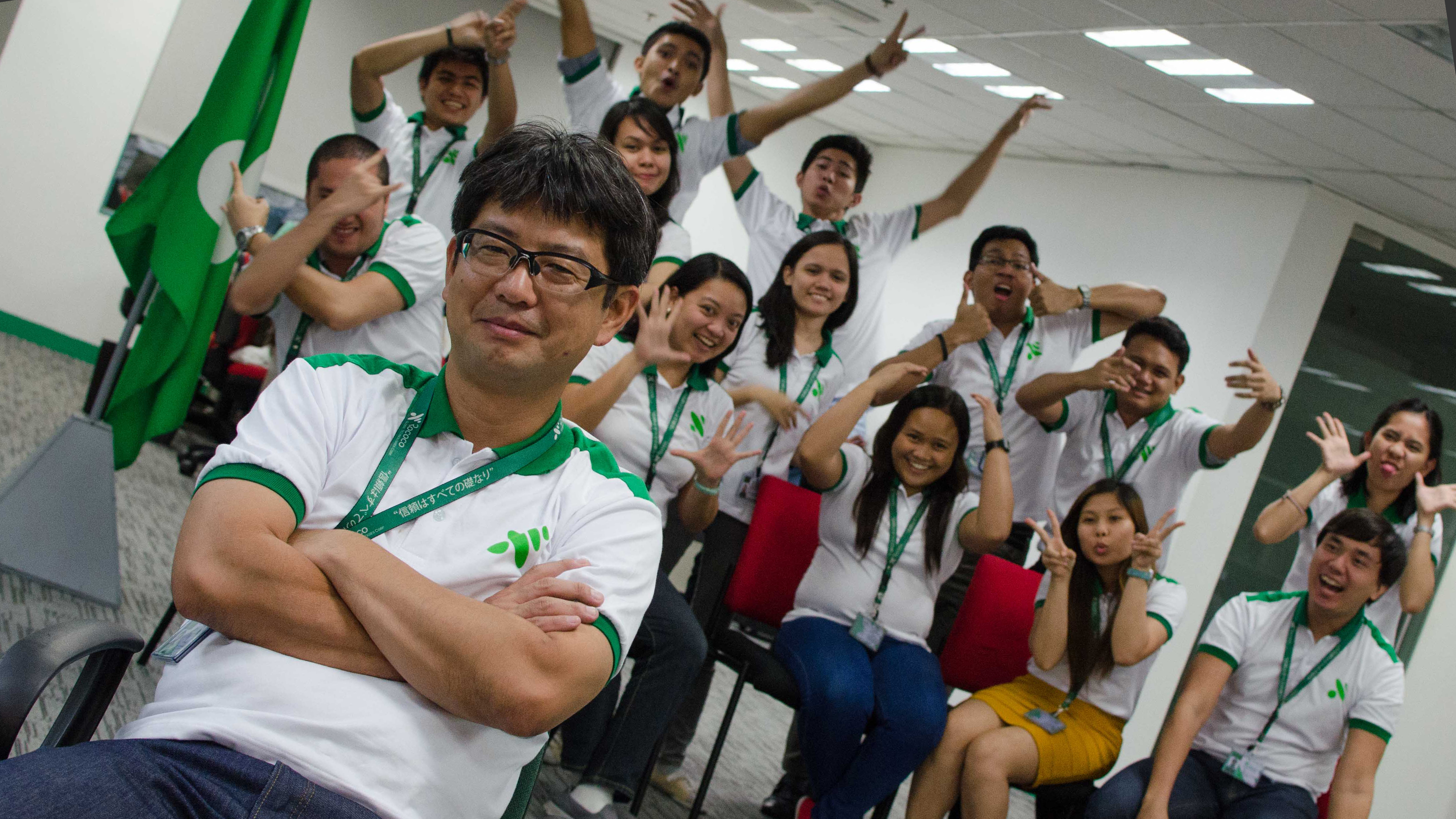 RGTC held its very first Business Plan Meeting in Quest Hotel and Conference Center last February 22, 2017. For the longest time, the annual meeting was often held in Japan bringing representatives from the Philippines to take part of the said event.

Together with the Japanese executives and RGTC's department heads, RGTC's recap of 2016 was discussed while the business plans and goals for 2017 were introduced to the whole company. Aside from this, handful employees were recognized because for their exemplary service to the company.

This commences the year ahead and RGTC is definitely fully equipped for 2017.

Together with our Japanese guests, RGTC celebrated Christmas with a greek-themed party. Every year we dress up from our usual attire and then transform into something extravagant. This time, we effortlessly transformed into greek gods and goddesses.

White and gold filled up the entire room as the office was embellished with greek ornaments. Everyone participated from the voting of the God and Goddess of the night, the individual and group games and also during presentations. The Christmas vibe grew high when we revealed each one's Secret Santa knowing that we waited long to finally find out who they were.

Overall, it was a night of fun and get together — a perfect way to cap the whole year.

Bon Odori is being celebrated annually during Obon, an event commemorating the spirits of the dead through dancing (odori) in Japan. Hence, the festivity called Bon Odori.

This year, RGTC decided to be part of this two-day celebration not only to be one with the Japanese community but to take a step back from our hectic daily activities and indulge in a rather rare experience for us as programmers. Prior to the said event, all members were ecstatic as each person were assigned to different responsibilities — from marketing, chefs for the day, karaoke contest participants, booth designers, and sellers.

Bon Odori came as everyone headed to the SRP grounds in Cebu. We sold a variety of food and we also marketed our very own mobile trivia and puzzle game developed in iOS called Bon ODoori. True to the event's theme, the players were enticed on this game that is mixed with questions and mini-games related to Japan as they won different prized. Our booth was packed and our games were flocked as we shout "Irrashaimase" and "Arigatou Gozaimasu" that gave smiles to people's faces making the whole RGTC team feel enthusiastic brought about the positive vibes of this Japanese event.

To feel exhausted was an understatement to describe how we felt after the event but beyond that was an accomplishment for RGTC as a team. Thank you to everyone who visited our booth, that was indeed a memorable experience!

Amidst the hustle and bustle of work, a few days off the grid is a refresher that is most coveted. That is exactly what RGTC did as we traveled to Olango Island last June 18, 2016, to hold our yearly team building.

The event focused on activities that honed our skills in coordination, communication, innovative thinking, and strategy to foster teamwork and camaraderie. We started it off with the good old game of "Pass the Action" just to warm things up, followed by a game of blindfolds, a game of relay, a game riddled with clues and puzzles, and last but never the least a game of splash just to extend the summer season a little bit further.

It was an event filled with awesomeness. And although our bodies were exhausted, our hearts and minds were filled with a renewed sense of motivation to bring our company to even greater heights.

The students and teachers were given an introduction to the company, its manpower, operations, and facilities. They also had a quick tour around the office and had interactions with developers in their natural habitat.

This was part of their goal of initiating activities which help promote the holistic development of their constituents. This enabled them to obtain insight on what the corporate scene in the IT field looks like. Likewise, the event supplemented the various knowledge and theories acquired in the classroom bringing forth more understanding, and the capacity to apply them in each of their work.

It was RGTC's pleasure to have the trust, support, and be able to fulfill the goals of USC.